UTICA — For 99 years, Temple Beth El of Utica has continued to honor tradition — celebrating “the past, present and always the future.”

And next year, when the synagogue hits its 100-year milestone, Executive Director Mundy Shapiro said, they will still continue to do the same.

“We are still here and we are going to fight to keep it here,” Shapiro said.

Temple Beth El is a Conservative Jewish congregation, meaning its approach to Jewish theology falls somewhere between the more traditional Orthodox Judaism and the less traditional Reform Judaism. Its official anniversary will be in August.“

Temple Beth El first started as a reform temple because when people came to Utica, some of these Orthodox, which the whole city was Orthodox … were looking for something a little different. But it took a long time for Temple Beth El to get as it is,” Shapiro said. “It was reformed and it didn’t pick up that many people. It was such a tremendous change from orthodox to reform, they needed the middle of the road.”

It was 1909, Shapiro said, when conservative temple members first held services at the New Century Auditorium in downtown on Hopper Street. They later were called Congregation Beth El.

In August 1919, they moved to a new location at 1607 Genesee St. — later occupied by the Resource Center for Independent Living — and officially established themselves as Temple Beth El of Utica, a Conservative synagogue that was founded with Rabbi Reuben Kaufman as its head.

The temple stayed in that building for 88 years, moving to its present location at 2710 Genesee St. in 2007. It now shares a building with Temple Emanu-El, which is Reform.

“I miss it,” Shapiro said of the old location, “but at least it didn’t become an office building. The fact that RCIL took it over and is helping people, it is like a consolation. ”No one’s sure how many people belonged to Temple Beth El when it was founded, but today it’s a small congregation of fewer than 100 people. Still, Shapiro said its “exciting” to see the temple reach such a significant milestone, and that she’s very proud of where it is today.

“To be here for 100 years, and for me to be in this temple for 62 years, is just amazing, and I am just so proud of it and I am proud of what it is has offered the community and proud of what our children have learned here,” Shapiro said. “It’s just special. 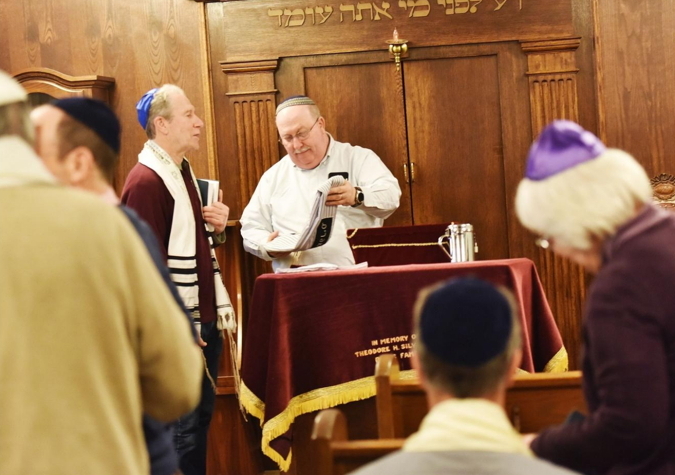 People come and go, move away or grow old but one thing’s for certain to Temple Beth El Cantor Kalman Socolof: Former members got “spiritual value out of being part of this spiritual committee.”

“The fact that the Jewish community in this area has lasted this long, speaks for the fact that Utica is as always a welcoming community, giving people the opportunity to express themselves and to grow,” Socolof said.

The former Herkimer County Community College professor said that the community has changed but he doesn’t think it has diminished.

New members still are coming in to participate in being part of the spiritual experience, something Shapiro added that everyone is welcome to join.“

Recently we have had an influx of one group of families from overseas,” Socolof said. “If you came here on a Saturday morning, you would see well over a dozen kids under the age of 12, and it’s a delight to have them here for the service.

“I have them in the Hebrew school, too. They keep me on my toes,” Socolof said with a small chuckle. 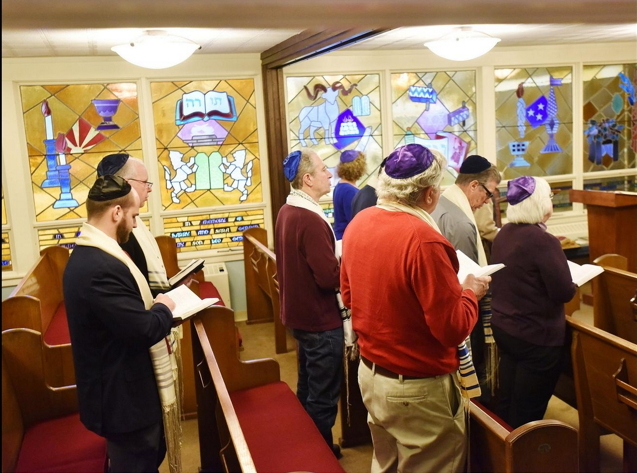 Shapiro said that the temple has big plans Friday and Saturday, May 3 and 4, to help celebrate their huge milestone.

The executive director said they are going to have a two-day celebration, kicking off the event with a Friday service, inviting past rabbis and hosting an Oneg Shabbat —where they will celebrate the Sabbath — and serve refreshments and hors d’oeuvres.

Then Saturday morning, a Shabbat service will take place, with Kiddush — a Jewish blessing said over a cup of wine — to follow shortly after. Then later in the evening, a party will take place.

Shapiro said they expect about 200 people from all over the world to come to the event — both current and former members of Temple Beth El.