Hopefully we will be able to celebrate together soon.  Until then we will continue to meet virtually.

In 1947 the Pacific Southwest Region was organized by the late Mrs. Jacob Kohn, who became our first president. This region now numbers 30 affiliates in Southern California, Arizona, New Mexico, Nevada, and Texas. 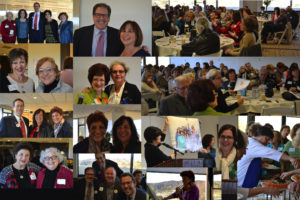